See Neville Bray's BRAY FAMILIES website for the Origin of the Bray Name.

Our most likely first known forebears are Robert Bray and Martha Fuller who were married at Salisbury, Wiltshire on 5 April 1761. They later moved to Portsea, Hampshire.

The next three generations of Brays were born in Portsea / Portsmouth, Hampshire. The narrow Southampton Row, Portsea was where the family lived for many years. The children of Robert Bray and Martha Fuller were:

Charles BRAY married Maria BUCKLAND and their children were:

Cornelius Bray married Mary Ann HAYLES on 20/1/1840. Their children were:

Cornelius and Mary Ann arrived in Australia on 28 July 1853 on board the barque "St George" with their two children and Mary Ann's brother Robert Trickett Hayles and sister-in-law Elizabeth.


Neville Bray of Nowra shares a common ancestor in Harry Cornelius. For more details of Bray families in Australia and especially those with Hampshire ancestors, visit Neville's website at Bray Families. 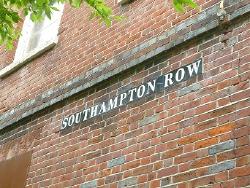 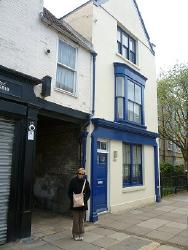 The northern end of Southamption Row 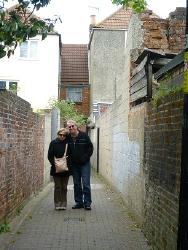 Successive Bray ancestors in Australia are:

DISCLAIMER
Care has been taken to include only accurate information on this site however it cannot be guaranteed. Data from many sources and contributions from fellow researchers make up this site and errors may be present. Any corrections and additional information would be most welcome.