The name Walsh is one of the most common throughout Ireland. It is derived for the word foreigner or Welshman.

Our Walshes were an ancient family from Kilkenny, Ireland who because of their Jacobite loyalties were dispossessed of their land and fled to France.

Our Walsh Family in Ireland

With so many Walshes in Ireland over such a long time, the precise ancestry is automatically in question. Possible Walsh ancestries have been documented on

The most likely origin of our Walsh line is the Walsh family of Ballynacooly in Kilkenny.

Following the confiscation of their Kilkenny lands they emigrated to France estblishing themselves in St. Malo, Brittany. Here they became ship builders, privateers in the service of the French king and slave traders.

Anthony (Antoine) Vincent Walsh was named as Earl Walsh by the titular King James III for his part in escorting the Prince of Wales to Scotland. James should be correctly known as the 'Pretendant' meaning 'claimant', "rather than the false epithet [Pretender] that is [was] obnoxious to every Jacobite"

Francis Joseph Walsh was created Comte (Count) de Serrant by Louis XV. This grant was registered first at Angers on 9th July, at the Parliament of Paris 16th July...

In the above table, 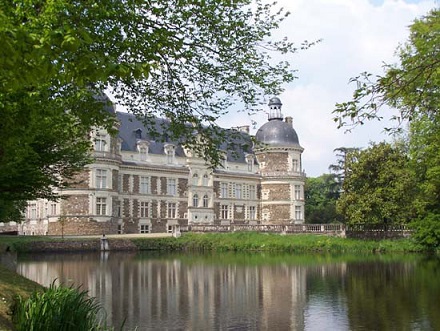 Care has been taken to include only accurate information on this site however it cannot be guaranteed. Data from many sources and contributions from fellow researchers make up this site and errors may be present.

Any corrections and additional information would be most welcome.